We provide maintenance and enhancement programming services for Clipper and xHarbour applications; including Clipper Summer-87 through Clipper 5.x. We have been providing Clipper Programming Services since the late 80's.


We also provide data maintenance and enhancement services for old Clipper and xHarbour applications. We have the tools to rebuild damaged data tables, change and add fields, and rebuild index files. 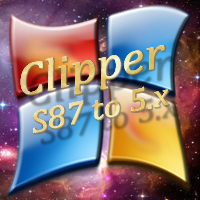 Clipper and xHarbour applications are a great candidate for migration to Visual FoxPro. Depending on the programming style used with your application, the code can be highly compatible with Visual FoxPro code. Much of the business logic can be copied with few modifications into a new Visual FoxPro application. The data structures are also nearly identical to those of FoxPro which simplifies the process of migrating your data.


While we can migrate a Clipper or xHarbour application to other platforms, such as C#, PHP or ASP, migrating it to Visual FoxPro, enables the business logic code to be reused with minimal changes. Other platforms requires are actually rewrites based on the original application. The Clipper and xHarbour language is not compatible with non-xbase based platforms. 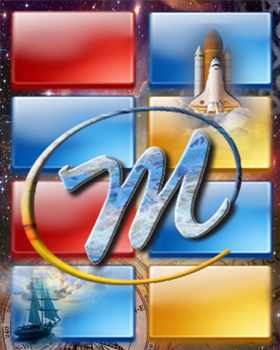 The History of Clipper and xHarbour

Clipper was introduced in 1985 by Nantucket Corporation in an effort to meet the demand for a dBase language compiler. The 85 release, oddly enough was named Clipper W'84 (Winter 1984). As with FoxPro, the Clipper language was based on the original dBase programming language.

In 1987, Nantucket release Clipper S'87 (Summer 1987). The S'87 version gained a considerable share of the market share as the compiler of choice. In an effort to meet the demands for a more robust version that could handle objects, Nantucket released Clipper 5.0 in 1990. Unfortunately for Nantucket Clipper 5.0 was not well received. The new version was buggy and difficult to learn due to changes in the programming language. The impact of Clipper 5.0 was so negative that it cost Nantucket their market share nearly overnight.

Eventually, Computer Associates purchased Clipper from Nantucket and released a number of versions that corrected 5.0's problems. Clipper has remained in use for some applications, primarily due to the built-in flexibility and its ability to link with other platforms.

xHarbour was created in 2001 to enhance Clipper and provide a current compiler. 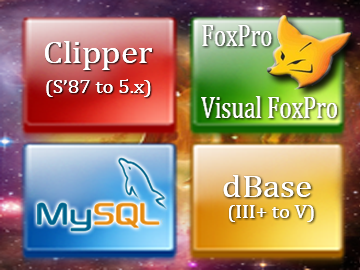